A short report on the event.
Crafts in the Pen is my main event of the year, so expectations were high as was pre-fair stress :)
In general it was good this year as well but with a twist. A few twists actually.
- it was really huge! 230 stalls and a quality of very high standards;
- the footfall was 4370 against 2590 last year;
- again a lot of people coming who had already bought some stuff from me, sometimes just to say hello and tell that my things are alive and doing well, which was really great. Thanks everyone even if you are not reading this!
- the weather was really nice, I was well prepared and didn't got cold;
- apart from overwhelming number of stalls, 1/3 of them were textile artists and 25 stalls doing just felt! Some customers comments that this year felt was everywhere.
- with such massive number of stalls customers became bored, tired or just cold. They lost interest and forget to come back or just lost in the maze of streets.  Some stallholders complained about the scale of the show and low takings. I happened to be in a good position in the very centre with good light but other could struggle when it became darker.
I can't complain because I did OK but with somewhat mixed feeling :)
I posted some pictures below of neighbouring stalls and to give an idea of the size of the show: 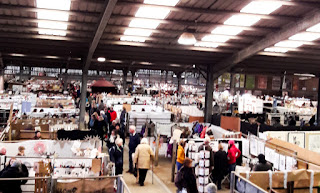 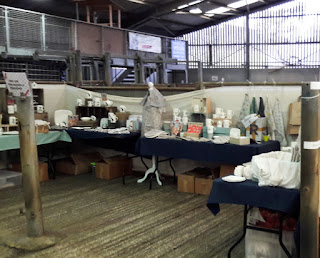 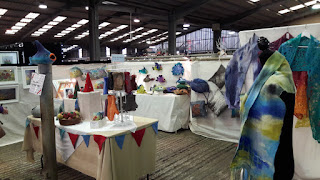 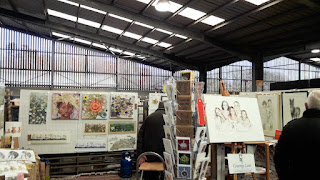 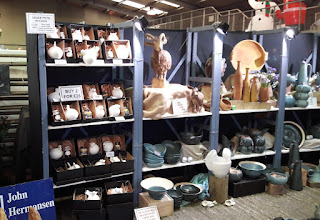