I continue my experiments with thin rovings and crazy wool technique. This time I used rainbow coloured ball (at the bottom of picture): 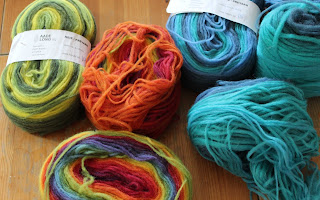 The roving/pre-yarn I work with is much thinner than standard pencil roving: 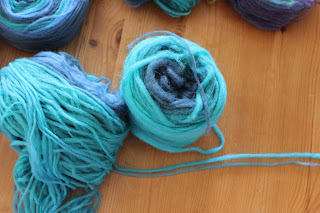 The technique is the same as earlier: the layer of roving, very thin layer of matching merino, another layer of roving and generous layers of silk/viscose fibres in matching colours on both sides.
The result: 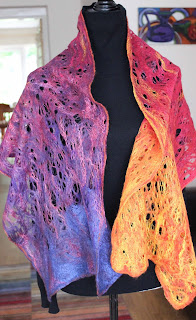 I'm quite happy with colours and the sheen: 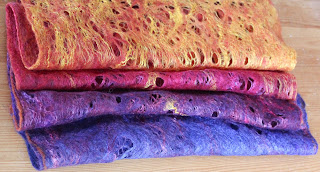 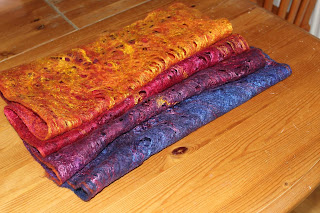 This is how thin and holey the scarf is: 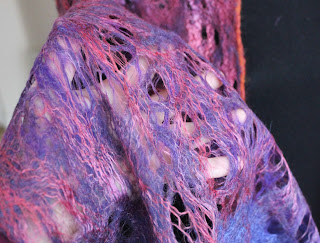 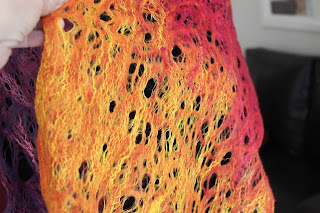 I'm still struggling to find a thickness I'm happy with, so you are to see more experiments!
Posted by Felicity at 12:15 8 comments:

I've seen a lot of scarves made in the "crazy wool" technique recently - on Facebook and forums. I've made one myself, using pencil roving, some yarn, a bit of viscose and silk fibres and VERY thin layer of fine merino. The weight is 64g, it's 165cm long and 38 cm wide.

It looked underfelted to me and I worked with it some more. I wanted it to become narrow as a scarf not as a wrap. Now it's 162 cm long and 32 cm wide.
In both pairs of pictures the top one is original and the bottom one is after additional felting. Not much difference on the pictures but the feel of the scarf changed - it become more substantial, like proper scarf and extra delicacy's gone. Do I like it more now - there is a question... 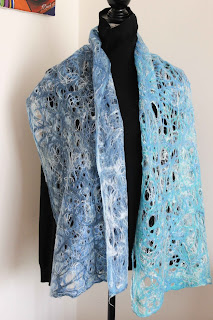 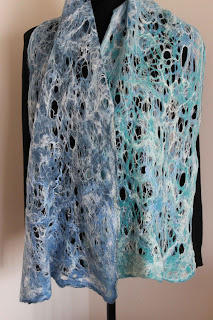 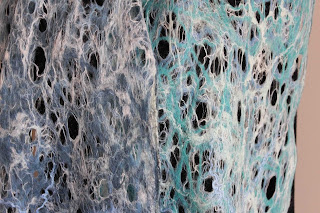 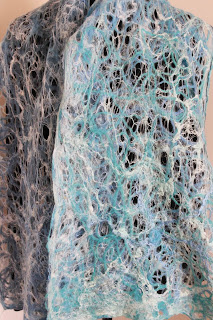 I'm back from Italy where I spent a week  - three days in Verona and four days in small town Mel where the annual felting festival Feltrosa was held this year.
How was it? It was good even if I've heard some opinion that previous events had more interesting programme and were better organized. I couldn't compare because it was my first time and I couldn't complain - beautiful scenery, glorious weather and Italian food made up for all the shortcomings many times over.
I'm a felter still so the main reason (or excuse?) to go there was to see felt, workshops and take part in one of them. There were three workshops I've seen:
- small jacket, 2-days workshop run by Natalia Shvets. As expected the "small" jacket became "full size" jacket and it took much longer and I've not seen the finished result unfortunately. Natalia wrote her own report on Feltrosa, it's in Russian but with many informative pictures - HERE
- two one-day workshops on toques and fascinators run by Italian feltmaker Karin Monica. Small hats were presented in such a variety and made with such taste and fantasy that it was the best course in my opinion! See some pictures below. These hats were made by tutor but students' works were of the same high quality! 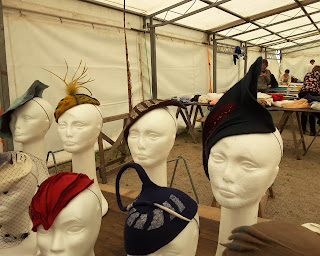 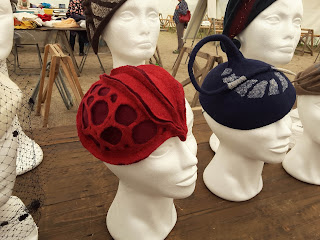 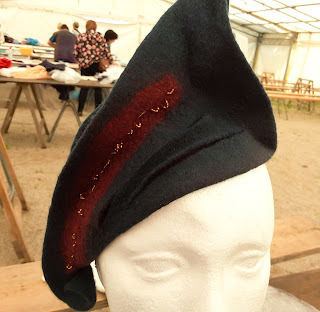 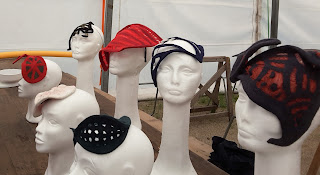 I attended the short  half day workshop on technique when you make digital print on silk fabric and could felt it in to create fully felted piece. Unfortunately it was a disappointment - both digital images I worked with disappeared completely by the end of felting process and I was left with blank piece of prefelt. The other participants got very mixed results as well... I was rather upset at first, then considered it as a new experience!
To finish it on more optimistic note there is a picture of lovely green heart one of Mel's resident created to his mother by carefully planting and pruning large ivy plant! 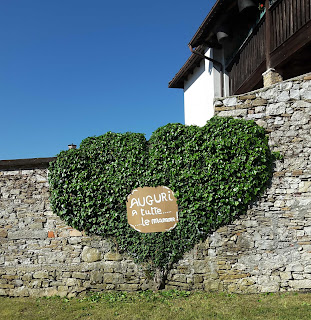 UPD: I've found the picture of a good result achieved by one of students, the image of daisies is a digital print: 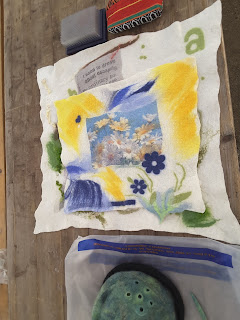 Unfortunately, I can't show mine because it was completely blank, no slightest image left...
Posted by Felicity at 13:43 10 comments:

This is a new fish I'd made just before I've left for Feltrosa.  I needed it quick so it's a repeat of my recent fish and it's inferior to the original (happens often with copies)! 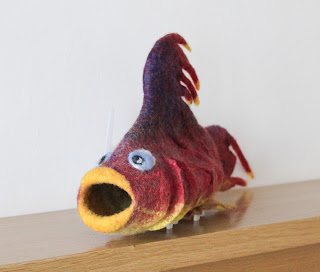 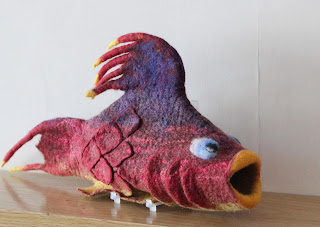 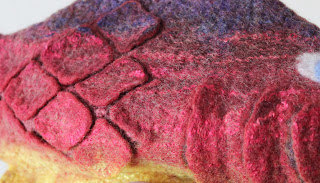